Not in my backyard… Better off in yours

The question I think many of us want to ask those in power at Maidstone Borough Council is why choose Lenham Heath of all places to build a garden community?

We’re right on the edge of the borough and some would say in the middle of nowhere. There’s very little infrastructure and if you’re lucky you might see a bus winding its way through the country lanes twice a day. So why choose Lenham Heath to build 5,000 houses?

It will cost millions to put in a new motorway junction and a high speed train station and will take decades to deliver. You don’t have to be an engineer to work out that putting a new high speed rail station between two stations will mean that the trains will no longer be high speed. MBC are promising things they can’t deliver, and the worry is they will plough on with building thousands of houses without any infrastructure in place. Can you imagine 12,000 more people jumping into their car to head for work or the shops along our winding country lanes and queueing to get onto the motorway?

So why have the councillors plumped for Lenham Heath for their council-led garden community? There can only be one conclusion – it’s not in their back yard.

When you look at garden communities like the one at Ebbsfleet near Dartford which has been built on brownfield sites and well connected via road and rail – you can see why the local council made that decision.

According to national housing policy, new housing should be delivered in sustainable locations, close to town centres, train stations and good transport links, and near shops and amenities. It begs the question then whether MBC councillors have read the national planning policy or are they just choosing to ignore it? 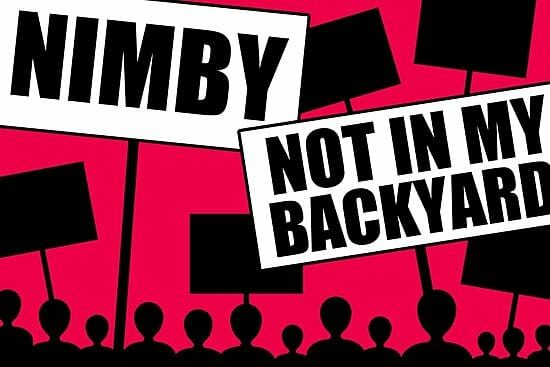 So if not at Lenham Heath, then where?

Why isn’t the Council looking at turning large warehouses and unused shopping areas into attractive and affordable homes which are easily accessible by public transport. The building merchants like B&Q and Wickes in the town could be relocated to out of town locations to make way for new homes.

Local councillors are turning down intensification of town centre sites for housing but driving through plans to build thousands of houses in the countryside – on greenfield land. Once our countryside is gone, it’s gone forever.

Why aren’t the councils working together?

The local councils across Kent are all facing the same housing challenges – so why aren’t they working together to solve the problem? If they took a more strategic approach to tackling the housing problem in the South East, then it’s likely that more suitable sites like Ebbsfleet could be found that are well connected and where people want to live.

Who are the NIMBYS? Local residents whose lives and homes have being blighted by this proposal or the councillors who voted for it …… ‘not in my back yard, but better off in yours’.

Help us fight this garden community – sign up to the latest e-updates to keep yourself informed here.